I reference different elements from iconic Japanese anime characters (popular during the 1980s to 90s’) and paint them onto reproduced prints of my own portraits, taken from 1980 to 2007. The reproduced portraits are manipulated in blurred and pixelated conditions. A portrait has always been perceived as the physical description of oneself, and anime characters have grown larger influence on how gender is perceived.

Those anime characters have had an influence on how I perceive gender roles at my early age according to personal memories, but the memories are also widely shared by people from my generation in Asia and the generations after decades in different regions in the world. The ever-expanding anime culture has contributed to the Asian modernity and globalization after World War II, as well as the development of the generation of people including myself who are largely engaged with virtuality. 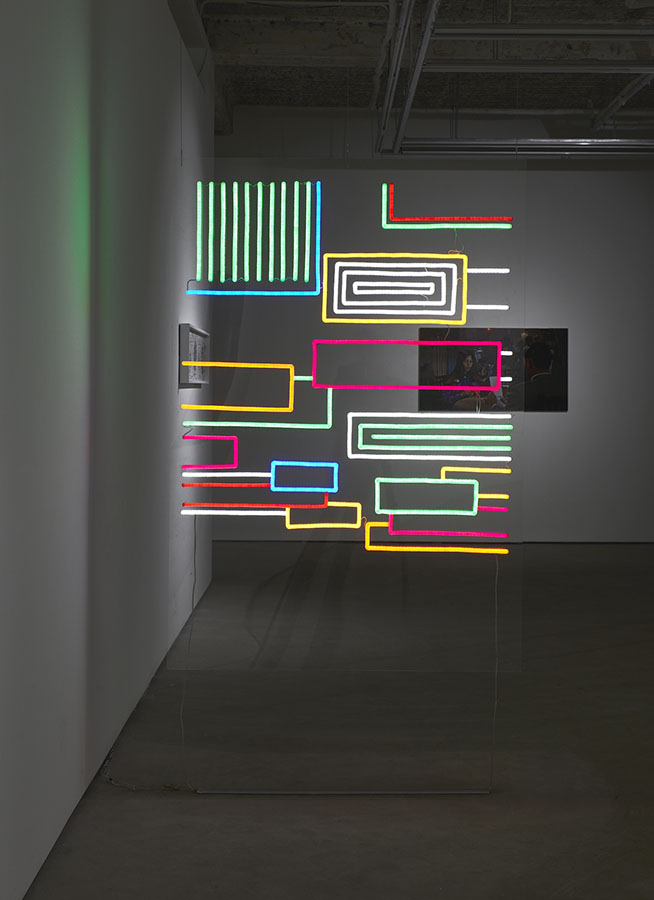